Connect and share knowledge within a single location that is structured and easy to search. 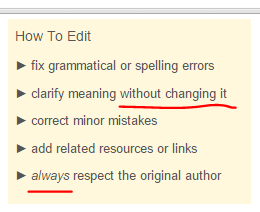 Not the answer you're looking for? Browse other questions tagged .

Welcome!
This site is for discussion about Parenting Stack Exchange. You must have an account there to participate.
Help
Visit chat

-1
Can anecdotal illustration support an answer, or must it go in a comment?
0
Is this on topic and does this behaviour violate our "be nice" policy?

22
How far is this site willing to tolerate "folk wisdom"?
1
As a separate homeschooling community has been proposed and that community invited to join us should we look at community bias?
1
Could we redefine the tag "pre-schooler", or remove it and re-tag questions with a more generic term?
3
Do we have a problem with user retention?
2
What qualifies as offensive content and, secondarily, handling content disputed as offensive
2
What to do with very basic questions (e.g. 'My newborn doesn't sleep for long periods')? Answer or other?